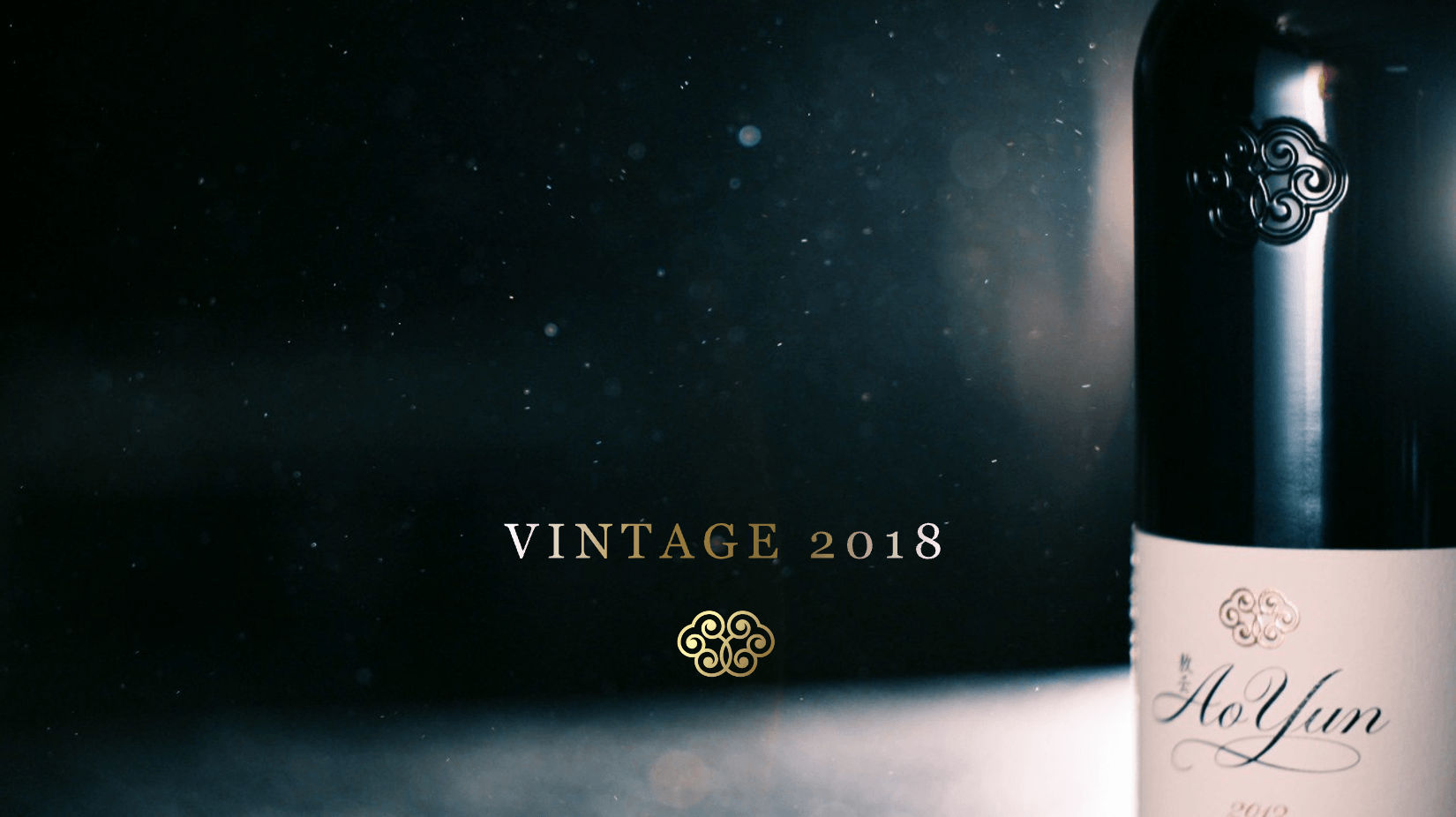 I almost sprang to my feet with excitement hearing the news that Ao Yun will soon be released through La Place de Bordeaux. After decades, we finally see a Chinese wine on an equal footing with world-class ‘grand cru’, such as Masseto, Ornellaia and Opus One. This is not only the ultimate achievement of those Chinese winemakers who have worked their asses off for decades, but also represents the great value of Chinese wines in Bordeaux and the rest of the world.

In my opinion, this accomplishment is such a milestone that it will definitely be written into the history of Chinese wine. Plus, I also believe that more outstanding Chinese wines will appear in the wine lists of top restaurants and collectors’ cellars around the world through La Place de Bordeaux.

Although I set myself up on my debut day when I said, “I won’t make points and comments without visiting their Terroir, but as a Chinese-wine-region-born and Bordeaux-settled Chinese, I have to make an exception for this Chinese Wine. I need to use my pen to witness this historic moment of Chinese wine.

Therefore, I had an unprecedented “online visit” with Maxence Dulou, the estate manager and technical director of Ao Yun, where we discussed the evolution of winemaking techniques and blending methods, in addition to an in-depth analysis of the terroir of the four villages I was most interested in. As two “wine nerds”, we were chatting and laughing together through the Zoom meeting, and Phydiasse looked at me as if to say, “Why are you so dramatic…” Sometimes the fun between two big boys is so simple and pure.

Hearing the story of the birth of Ao Yun, I was moved by the fact that it is more like a real-life version of “Moving the mountain with bare hands” than the history of the birth of the winery. When commissioned by Moet Hennessy Group, it had taken four years for Dr. Tony Jordan to find the ideal terroir to represent Ao Yun. Looking around the winery of Ao Yun, there is barely any trace of modern civilization except for the stretching mountains and a few villagers. It is a veritable Shangri-La (Shangri-La is a metaphor for “Elysium” in Chinese). It’s hard to believe how Ao Yun team brought us the “Authentic Taste of China” in this place without roads and electricity.

I like what Maxence said to me at the end of the “online visit”: “I am not making Mendoza or Bordeaux. I am making Ao Yun, a creative wine to explain Chinese terroir.” So, what is the terroir of Ao Yun?

The latitude of Shangri-La, where Ao Yun is located, is only about 27 degrees. But you won’t feel too hot when you come here. The secret lies in the high altitude of 2100-2600 meters. It is capable of bringing a huge diurnal temperature between day and night, as well as variable microclimates by mountains.

The high, stretching mountains create a special “Rain Shadows Effect”, which bathes the grapes with warm sunlight; the thin air at higher altitudes and the intense UV rays paint the grapes with dark skin, enhancing the polyphenols and simultaneously greatly reducing the Pyrazine of Cabernet Sauvignon. In this unique mountain climate, the flavor of Ao Yun is born with a darker color, tenser concentration, and riper tannins, but it never lacks freshness.

In order to manage Ao Yun’s unique “terroir” more carefully, the winery has surprisingly divided 27 hectares of vineyard into 314 completely separate plots, and has managed each vine branch meticulously. Although I can’t tell you every detail about all of the 314 vineyards, I can explain the concept of Ao Yun’s terroir through four villages, and this is also the concept I have always been emphasizing when I taste Bordeaux wine: “the terroir hides in the blend”.

The Xidang village is the lowest of the four villages in Ao Yun, but it also reaches a height of 2100 meters. The vineyard is located in a section that used to be impacted by a river, and overall faces east. Because the river piled up a lot of stones here in the early years, nowadays, the river receded into the gravel and sandy soil. The high temperature of the surface and warm microclimate make Xidang the first vineyard to ripe in Ao Yun, and the wines are often sweeter and softer.

SINONG:
Sinong in Tibetan is se ji mu lang, which means the brightness of future (a place where we see brightness).

Sinong is located in a valley north of Xidang by 2300 meters, on the left bank of the upper Mekong River. The vineyard overall faces northeast, with slightly less sunshine than in Xidang. The soil here is mainly divided into two parts, with the slate soil dominating on the cliffs and the clay soil on the flat land. The grapes in Sinong ripen later slightly than in Xidang, resulting in wines with a strong, concentrated texture and a distinctive minerality.

The Shuori village reaches an altitude of 2500 meters and faces west. The soil is similar to that of Sinong, consisting mainly of slate stones and clay (and some limestone fragments), the proportion of clay is higher here, and the soil is relatively cooler, so the grapes ripen much slower than in Xidang and Sinong. They are usually not harvested until late October. The wines made here are generally more refreshing and pleasant, balanced and delicate.

ADONG:
Adong in Tibetan is: Dong mu wa shu an, it means the place where people from all corners of the country meet.

Adong is the largest vineyard in Ao Yun and the highest village, at a staggering 2600 meters, one of the highest altitude vineyards in the world (Cafayate in Argentina is the highest vineyard of the world). The vineyards of Adong consist of two parts, west facing and northwest facing. The soil contains a lot of clay and a small amount of slate and granite. The grapes are usually not harvested until the end of November if they are to ripen in this cool microclimate. This unique terroir has given Ao Yun a bright, firm and powerful personality.

I’ve tasted Ao Yun twice, but it was the 2018 vintage that really impressed me. In my opinion, this vintage is a landmark year for Ao Yun, a milestone for the “Ao Yun flavor”. Compared with the previous vintages, I think the most significant feature is the “excellent integration”. I can clearly feel the “integration” of the four different terroirs in this vintage. Based on the Adong,  I can taste both the sweetness of the Xidang and the balance of the Shuori, as well as the signature structure in the finish of the Sinong.

But there was something else that I was even more pleased with, and that was the cold fireplace-like smokiness. I used to think it was from the new oak barrels, but after talking with Maxence, I realized it came from Ao Yun’s unique terroir, it expresses perfectly what the Ao Yun team has been emphasizing for more than a decade, the “original Chinese taste”, and it also matches well what I am emphaiszing, “the art hidden in the blend”.

Last but not least, I would like to accentuate that I hope to see more and more Chinese wines shine on the stage of the fine wine market of Bordeaux.

Come on! Let’s work together.